8 Celebrity Men Who Got Sexier With Age

Way back when, we first caught a glimpse of his gorgeousness in magazines or onscreen, and that was it. We were doomed. In love, in lust, in, in, in. Now that some time has passed, and our childhood celebrity crushes have earned a few laugh lines, you’d think some of that infatuation would have faded. Not so much.

In fact, when it comes to some men, the years have just heated up what was once pretty darn cute into something magnificent to behold. There’s no denying it. Some boys just get better and better with age.

Of course, you’ll have to see it to believe it — and enjoy it. So dim the lights and get your fabulously aged wine handy for this exclusive Brazen Woman preview.

Check this out: The Celebrity Men Who Got Sexier With Age 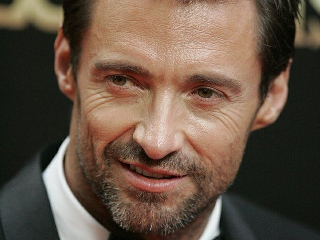 There's no denying it. Some boys just get better and better with age.

NEED MORE EVIDENCE? TAKE A PEEK AT THESE BEFORE AND AFTERS OF 8 GOLDEN BOYS WHO KEEP GETTING HOTTER

He went from an ABC After School Special cutie to the hottest Deputy White House Communications Director in The West Wing.

His beauty makes us almost forget that unfortunate sex tape in the 1980s before such sexcapades were (yawn) so-what? in Hollywood.

Gone are the days of being known as the brattiest of the Brat Pack.

RDJ as he’s known has cleaned himself up and traded in his prison orange jumpsuit for a much more striking suit (even if it is made of iron).

Thanks to How I Met Your Mother, Neil Patrick Harris and his smart dressed (or undressed) abs have become Legend – wait for it- ary.

Kind of an unknown on this side of the Pacific, this Aussie masked his sexy accent as the bad boy super solider with a big gun on Cinemax’s Strike Back.

And then came his starring role in 300:Rise of the Abs, er, Empire…

With his southern drawl and sweet country lyrics, we could overlook the mullet… almost.

When he traded that mullet for muscles, we couldn’t stop singing, “I like it, I love it. I want some more of it…”

Those luscious locks made us want to run our fingers through this boy’s fabulous head of hair.
OK, he’s no longer Uncle Jesse but still a very touchable type of guy.

As a lanky young lad, he had those approachable good looks we appreciate in, well, a friend.

From the second he raised his brow as the perpetually muscled (and often shirtless, thank goodness) Wolverine, we were way beyond friendship.

Mr. Universe indeed. How could he get any better?

All he had to do was look straight at the camera and slay us with his stare.

Shaken, not stirred, anyone?